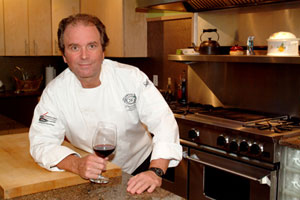 Chef Zuromski is a seasoned veteran of the kitchen. He is a highly successful Executive Chef, having worked in this capacity at luxury 4-star hotels and restaurants for over 15 years. During his time as Executive Chef his awards and recognition are formidable. His culinary trends have received praise by numerous food writers from local and national trade publications. Walter was awarded “Boston Chef of the Year” by Chefs in America; “Great Regional Chef” by the James Beard Foundation; and, received gold medals as a team member of the New England Culinary Olympic Team that competed and won the Frankfurt, Germany International Culinary Olympics.

Chef Zuromski is a member of the American Culinary Federation (ACF), The James Beard Foundation, The American Institute of Wine and Food, The Society of International Culinary Professionals, and Who’s Who of Professionals. As a member of the ACF he is a certified culinary judge. He is also a founding member of the Research Chefs Association (RCA) and former Executive Committee Member. Chef Zuromski was a major player in the formative years of the RCA having been involved with the seminal leadership and direction of this organization with over 2000 current members. With RCA, he served a vital function in the development of the profession “culinology” and aided in the certification of numerous research chefs.